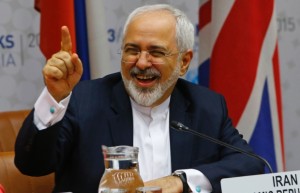 New York — September 1, 2016 … The following is a statement from AIPAC on concessions to Iran on JCPOA implementation: “We are deeply troubled by today’s report that Iran was secretly allowed to evade certain restrictions in the Joint Comprehensive Plan of Action (JCPOA) so that it could begin receiving sanctions relief. If the report is accurate, this unwarranted leniency sets a dangerous precedent concerning adherence to the agreement.

No further concessions should be granted to Iran, and complete transparency related to the deal’s implementation must be provided.

This latest development follows earlier reports that Iran exceeded its quota for heavy water production, and failed to provide the International Atomic Energy Agency (IAEA) with unencumbered access during its investigation into the possible military dimensions (PMD) of Iran’s nuclear program.

Since the agreement was implemented, Iran has continued its malign behavior, to include harassing American military forces, procuring prohibited technology, testing nuclear-capable ballistic missiles, and stoking regional conflicts. The administration and Congress must exercise robust oversight of Iran’s behavior and respond to violations of the JCPOA, U.S. law or United Nations Security Council Resolutions with certain, swift and severe penalties.”

The report, which was released by the Washington-based Institute for Science and International Security, is based on information provided by several officials of governments involved in the Iran Deal.

The administration of President Barack Obama informed Congress of the exemptions on Jan. 16, said the report. The exemptions, which have not been made public, were detailed in confidential documents sent to Capitol Hill that day – after the exemptions had already been granted.

Democratic Senator Robert Menendez, a leading critic of the Iran deal and a senior member of the Senate Foreign Relations Committee, told Reuters in an email: “I was not aware nor did I receive any briefing on the exemptions.”

As part of the secret concessions that allowed Iran to exceed uranium limits, the joint commission agreed to exempt unknown quantities of 3.5 percent LEU contained in liquid, solid and sludge wastes stored at Iranian nuclear facilities. The agreement restricts Iran to stockpiling only 300 kg of 3.5 percent LEU.

The commission approved a second exemption for an unknown quantity of near 20 percent LEU in “lab contaminant” that was determined to be unrecoverable. The nuclear agreement requires Iran to fabricate all such LEU into research reactor fuel.