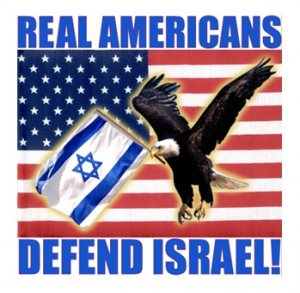 Washington — November 5, 2014 … Contrary to the myth that all American Jews vote with Democratic and other liberal parties, thousands yesterday helped the Republican party to retake the US House of Representatives and the US Senate.

“For many of us, we didn’t see this Republican victory as one club conquering another,” said Joel Leyden, Director of Israel 4 USA.

“We realized that the mid-term elections represented basic security issues for both the US and Israel. Between suffering terror attacks in Jerusalem, threats to the US by ISIS, Islamic Jihad and Hamas and having a US President who throws insults at us, calling Israel “chickenshit” for not weakening our security, we knew we had to do all we could to get Republican control of congress.”

In the House, the GOP secured at least 246 seats, its largest majority since World War II. Speaker John Boehner, celebrating a widened majority, said he is “humbled by the responsibility the American people have placed with us.”

With seats still to be decided in Virginia, Alaska and Louisiana — where there will be a runoff in December — the GOP’s massive wave currently has 52 seats in the Senate.

“We are at a pivotal moment, both domestically and internationally,” said the RJC.

“The President’s low job approval ratings, coupled with the voters’ repudiation of Democrats and their policies across the country in this election, signal that the country is looking for leadership — and the Republican-led Congress will provide it. 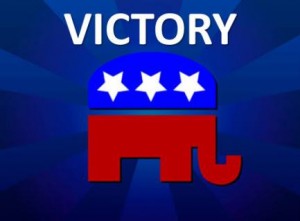 The Republican Jewish Coalition played an important role in today’s victory. Our members contributed and raised millions of dollars for campaigns around the country. The RJC PAC made significant contributions to critical races. And our grassroots events energized our members to participate in get-out-the-vote efforts.”

Leyden, an American born Israeli who has served as an officer in the IDF,  added that much of his creative efforts were now directed to providing digital PR and marketing consulting support for the 2016 US Presidential race.

“The US and Israel could not be closer. The US Congress, the Department of Defense and Israel are on the same page, same paragraph, same word. Now we need to elect a US President who places the security of both the US and Israel as a priority. These two democratic nations will not live under an Iranian nuclear threat, we will not live under the threat of continued Islamic terror attacks – not in Washington, not in Jerusalem.” 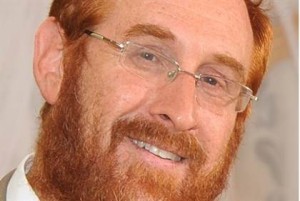 Jerusalem, Israel — November 3, 2014 … Part of the following was communicated by the Prime Minister’s Media Adviser to the Israel News Agency.

“I would like to send my best wishes for a full recovery to Rabbi Yehuda Glick who was wounded by the bullets of a despicable would-be assassin. I spoke with his wife and his father and I told them that along with the entire Jewish people, I am praying for Yehuda’s recovery. I am certain that I speak for all ministers and very many of the Israeli people in this regard.

I would like to express great appreciation to the ISA and the Israel Police which, within hours, solved this crime and reached its perpetrator. Israel is taking vigorous action against terrorists and those who throw stones, fire bombs and fireworks. We will also pass stronger legislation on the issue. All of this is in order to restore quiet and security throughout our ancient capital of Jerusalem.

I have ordered that massive reinforcements be brought in and that additional means be used in order to ensure law and order in Israel’s capital. It could be that we are in a lengthy struggle; however, we are determined to be successful. We will certainly oppose all systematic and continuing attempts by Islamic extremist elements to stir up unrest. Islamic terrorists would like to set a religious fire in Jerusalem and thereby ignite the entire Middle East. The place they are most determined on is the Temple Mount. They are disseminating lies to the effect that we intend to destroy or harm the Al-Aqsa Mosque and that we intend to prevent Muslim from praying there. They are using verbal and physical violence in an effort to exclude Jews from going up to the Temple Mount.

We will not allow this to happen; neither will we alter the worship arrangements and the access to the Temple Mount that has been customary for decades. We are committed to the status quo for Jews, Muslims and Christians.

Since the time of our patriarch Abraham, the Temple Mount has been the holiest site for our people. The Temple Mount is the most sensitive kilometer on earth. Alongside a strong insistence on our rights, we are determined to maintain the status quo. It is easy to start a religious fire, but much more difficult to extinguish it. These messages have been passed along as clearly as possible to Abu Mazen, as well as to all elements in the area and among us.

What is necessary now is to calm the situation and to act with responsibility and restraint. This is always the case, but it is especially so now when the entire Middle East is awash in Islamic extremism. Just as important countries around us, important Arab countries, see eye-to-eye with Israel on the danger that extremist Islam poses to all of us.

Therefore, over the past 48 hours, I have held contacts with various elements, as well as with US Secretary of State John Kerry, in order to calm the situation. To this end, I also contacted Israel Knesset Speaker Yuli Edelstein last night, and I appeal to MKs from all sides of the Knesset, and to my ministerial colleagues, these are especially sensitive times. Let us not play into the hands of our extremist enemies. I think that what is necessary now is to show restraint and to work together to calm the situation. I ask that you join me in the effort to maintain the existing order, let nobody harm it, certainly not our right to go up to the Temple Mount, but we will not change the arrangements. I also ask that private initiatives be avoided as well as unbridled statements. At this time we must show responsibility and restraint.”

The hospital’s surgery department chairman Prof. Petachia Reisman said: “This morning we finished the fourth surgery that included restoration and improvements to the abdominal wounds, and which will allow us in the coming days to start to wake him up.”

“We really hope that in the coming days it will be possible to wean him off of the artificial respirator, but it is important to understand that he still has not left the danger, and there may be other pitfalls in the road,” emphasized the professor.

Nevertheless, Reisman added that “there is a progressive improvement in his condition. We see no evidence of significant neurological damage, and we hope that in the end of the process Rabbi Glick will be able to return to full functioning.”

On the issue of the 97th anniversary of the Balfour Declaration, Israeli Prime Minister Netanyahu said:

“I thank Israel Minister Silvan Shalom for noting a very important date in the history of Israel, regarding the declaration that in effect recognized the historic rights of the Jewish people in its land and laid the foundations of what was called the Jewish national home but which, in the end, was the state. I think that considerable praise must be given to the Zionist leaders at the time, and of course to Dr. Chaim Weizmann.

What is not known are the figures in the British government who worked on our behalf. There was a very strong Zionist stream then that included not only Balfour, but also Mark Sykes who is known to you, but whose contribution to the declaration is less known. But today we remember and welcome those people among the nations of the world who have not forgotten history and who remember our link to our land and our right to state of our own. This first received concrete diplomatic expression in that same declaration on 2 November 1917.”

Israel Public Security Minister Yitzhak Aharonovitch and Israel Police Commissioner Insp.-Gen. Yohanan Danino briefed ministers on the actions taken by the Israel Police to restore order in neighborhoods in eastern Jerusalem, along the Jerusalem Light Rail and on the Temple Mount. They reported – inter alia – on actions to apprehend and try those who disturbed the peace, as well as on the reinforcement of Israel Police and Border Police units in Jerusalem.

Israel Defense Minister Moshe Yaalon and the Attorney General for the Judea and Samaria District briefed ministers on progress in codifying and implementing labor laws in Judea and Samaria by means of orders issued by GOC Central Command and which are based on Israeli – not Jordanian – law. Click here for further details.

“The page was created as a result of the Obama administration calling Israel “chickenshit” for not compromising on security issues,” said Israel News Agency publisher Joel Leyden.

“Never before have we witnessed the leader of the US Democratic party come out in public through an anonymous spokesperson to directly defame an Israel Prime Minister. Obama has done all he can to hurt Israel – US relations and to destabilize the Middle East. Obama has done and is doing all he can to hurt Israel’s security. Where does he come off telling Israelis not to build in their own capital and blaming the growth of ISIS on Israel?”

“Israel’s Ministry of Foreign Affairs will not address the US elections as that is not their place, but US and Israeli citizens certainly can,” said Leyden.

“We know that US Israel relations are solid due to shared democratic values. We share the same friends and the same enemies. The US Congress and the US Department of Defense remain commited to Israel’s security. But Obama doesn’t miss an opportunity to bash democratic Israel. One would think that he would be targeting ISIS, Hamas, Al Qaeda and Islamic Jihad. But instead he throws personal insults at Netanyahu and disrupts regional security meetings between the US and her most trusted friend in the Middle East.”

Leyden concludes: “Obama is allowing Iran to go nuclear. We are appealing to all Americans to rethink where their votes are going on November 4th. We realize the US economy takes priority, but there will be no US economy to speak of if Obama allows both a conventional and nuclear Islamic threat to grow.”

“If you have candidates from the Democratic party who support Israel and a strong US military, vote for them, otherwise, please support the Republicans and Conservatives.
A secure economy can only be assured by a nation which has an intelligent and well coordinated security strategy. Obama is not providing such a strategy to the US, Israel or to any of her allies in the Middle East.”